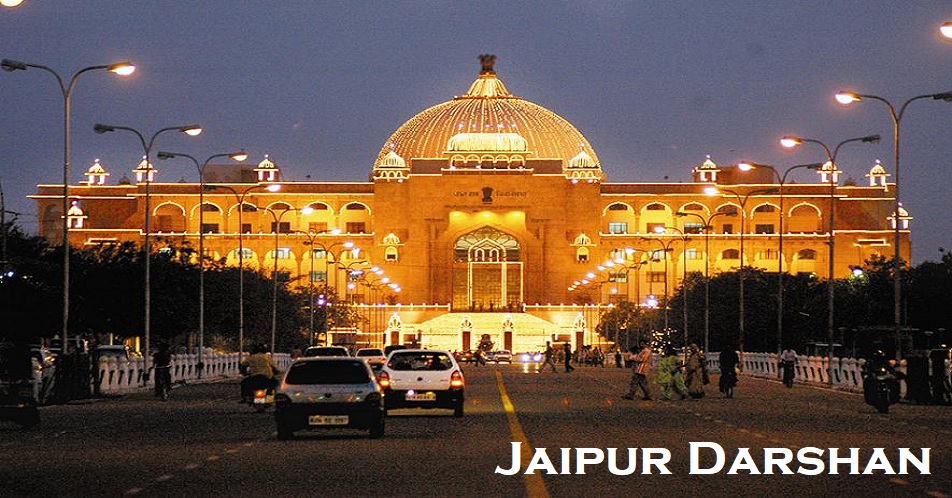 Jaipur Darshan By Taxi: If you want to go somewhere with your partner or family by taking a break from everyday life, this is the best time to visit Jaipur. As the monsoon season begins, Pink City's weather becomes quite joy full, so you can plan a small family trip with your family. You will not need much longer time to roam it. You can explore it in just two days, for which you plan on this trip on any weekend. Let's know some special things about this city.

Rajasthan, the capital city of Rajasthan, also known as Gulabi Nagar, was built by Maharaja Sawai Jai Singh II, Gulabi Nagar, the beauty of its kilo and the textures of the big forts attracted the inhabitants of Rajasthan and the tourists from here and abroad. Another important thing is that the shops of handicrafts, which enthrall the tourists here, are adorned in the pink city. These festivals are celebrated with great fervor here. Teej, Gangaur and Kite Festival are the main ones. In summer, there is a lot of sunshine and temperature here, so keep your attention whenever you want to roam in Jaipur. Here, all the airways and all the railway facilities are available to arrive in Jaipur during winter. You can hire the best Taxi Services in Jaipur; you can hire highly experiences taxi driver.

Amber Fort was built by Maharaja Man Singh I. It has an artistic sample of Hindu architecture with huge gates and rocky paths. Built on the height of the mountain, this fort has been constructed with red marble and sandstone stones. In it, the Dewan-i-Aam, Diwan-i-Khas, Sheesh Mahal and Hukam Abhid, which has built a beautiful natural water flow to realize the air conditioner, also has Shila Mata's temple in Amber Fort. There is a secret way to avoid it, which takes it to another fort, Jaigarh.

This fort, constructed by Maharaja Jai Singh, is situated on the hill of Chill in Aamer of Jaipur, which is 400 meters above the ground, the main reason for its construction was built in view of the security of Aamer. Jai-garh, which meets the Amber Fort, is spread over a total length of 3 kilometers and 1 kilometer wide. There is a cannon running on this wheel, its name is Jayavan. Rate palace built which was inhabited by kings here garden and museum remain.

This fort built by Maharaja Jai Singh is situated on the hill of Chill in Aamer of Jaipur, which is made up of 400 on the ground, the main reason for its construction was made in view of the security of Aamer. Jaiagarh, which meets the Amber Fort, is spread over 3 kilometers long and 1 kilometer wide. Here there is a cannon-mounted gun, its name is Jayavan, inside Jaigarh. L'remain which was the residence of kings are here Garden and Museum also Congratulations Mahal, Chandra Mahal, Mukut Mahal, the palace of Queen, Govind Temple and the City Palace Museum made. Chandra Mahal is the innermost inner fort of City Palace. It has its own museum and consists of members of the royal family.

Hawa Mahal was built by Maharaja Pratap Singh. It is located in the south of the pink city. Hawa Mahal has been built according to the nature of Lord Krishna. There are a total of 1000 airy windows in this palace, which makes it look like honeycomb bees. Because of this, there is a lot of cold air in summer, which we call in today's language gives the feeling of AC. The outer part of the pink and red stones of the have palace is seen in the morning sun.

A magnificent view of Jaipur from Nahargarh, built above the wheels of Gulabi Nagar Jaipur, the full meaning of Nahargarh is the residence of Sherrow. This fort enjoys the fragrance of Rajasthan's heritage. King Sawai Jai Singh who had built the city of Jaipur had built this beautiful fort. This fort has many historical events. Signing of the agreement with the Maratha Empire, it was the chief seat of the King after hunting.

Jantar-Mantar was built by Raja Jai Singh, it has been made a national monument of Rajasthan with a basic foundation. Jantar-Mantar has a vast collection of astronomical instruments. This beautiful building made of marble and Rajasthan stones is the largest building in India, Jantar Mantar was built to discover celestial objects. There are 14 established and focused centers, which are designed to measure time, to predict eclipses, to monitor the stars and to find the orbit of the earth around the sun.

Here you can check the affordable Jaipur Tour Packages and also hire Jaipur Sightseeing Taxi from Given link.