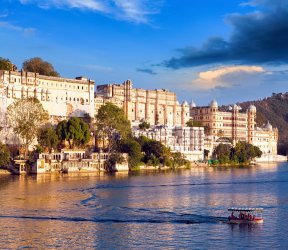 Planning to explore the beautiful lake city of Udaipur? Then Aashi Holidays Cabs is available at your service with our Udaipur Sightseeing Packages.

Our popular tours are:

The Price included With cars given Below:-

The above fare is All Inclusive, & along with this, you can hire a tour guide for Rs 500 per day (Hindi & English language).

City Palace: The City Palace was constructed in 1559 by Maharana Udyan by Mirza. It is located near Pichola Lake. The architecture of the palace is a mixture of European and Chinese styles. This City Palace is composed of 11 grand palaces and all these were constructed during various periods and by different rulers. The palace has a terrace, patio, hanging garden etc. The architecture of the palace is magnificent, which you will be surprised to see.

Kumbhalghar Fort: This fort was built by Maharana Kumbha in the 15th century. The highlight of this palace is that the great warrior of India and King Maharana Pratap of Mewar was born in this fort. Read Maharana Pratap biography here. This is the largest and strongest fort in Rajasthan. The fort is situated on the 1180 m high ridge.

Pikola Lake: It is located near Pichola Lake. It was built by Mewar minister Amar Chanda Badwa. This mansion became the residence of Maharana Shakti Singh in 1878, after which it was named Bagori's mansion. It has now been converted into a museum, but the Maharaja's royalty can still be felt here too.

Sajjan Ghar: If you prefer a more natural beauty than man-made beauty, then the gentleman's stronghold will give you a pleasant experience. This is a small palace, but its beauty is worth seeing. This palace is not maintained well, but the sunset looks beautiful from here. This palace was constructed in 1884 by Maharana Sajjan Singh.

Saheliyon-Ki-Bari - It was created by Maharana Bhopal Singh. It is located in the northern part of the Udaipur city. This palace was built by the king for his tens. This was the place where the slaves won for themselves, dancing, singing, fun all were here. Here is the beautiful beautiful fountain, marvel elephant and pool.

Our one day Udaipur sightseeing tours. 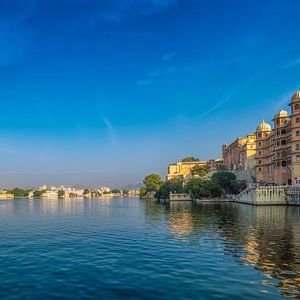 A 1362 AD built, artificial lake and has two island with a palace and a temple (Jag Niwas & Jah Mandir) Lake Pichola, situated in Udaipur city in the Indian state of Rajasthan, is an artificial fresh water lake, created in the year 1362 AD, named after the nearby Picholi village. 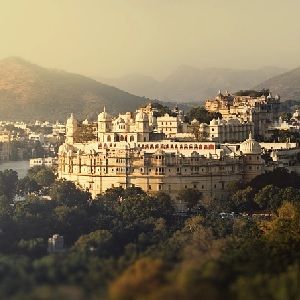 A museum and home of the Maharaja of Udaipur for more than 400 years. City Palace, Udaipur, is a palace complex situated in the city of Udaipur, Rajasthan. It was built over a period of nearly 400 years, with contributions from several rulers of the Mewar dynasty. 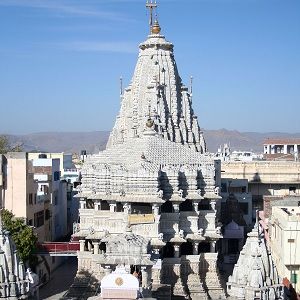 17th-century temples, dedicated to Lord Vishnu and just next to City Palace. Jagdish Temple is a large Hindu temple in the middle of Udaipur in Rajasthan, just outside the royal palace. It has been in continuous worship since 1651. Jagdish Temple is famous for its Indo Aryan architectural designs. It is located in the center of Udaipur city.