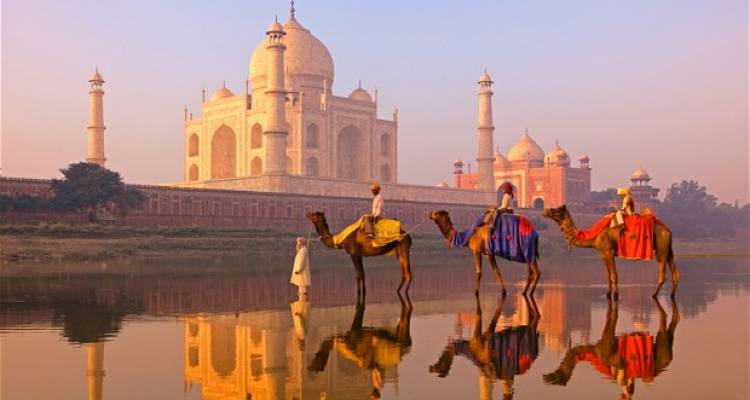 Need a car to explore the Golden Triangle (New Delhi, Agra, and Jaipur)? Then you are at the right site. Aashi Holidays Cabs is a 1995 started tour taxi firm which has, till date, handled 25,000 plus trips and we rate Golden Triangle by car as top 3 tours which our guests demand.

Aashi holidays Golden Triangle Package So here we offer Suzuki Dzire if the group size is below 5 and Toyota Innova for a group of 5-9 travelers. This trip will take five days (also 4) and will start from New Delhi.

Charges can be either on per km basis which is INR 9 per km or at a fixed rate. You Can Contact us For More details on Aashi Holidays.

Aashi holidays have provided the golden triangle tour in the historical city stands 200 Km of New Delhi. You have not visited the Golden Triangle city of India, and then you have missed a big thing. The Golden Triangle is composed of three cities in India which include Delhi, Agra, and Jaipur. If someone is going to roam for the first time in India or is planning to travel somewhere in India, then he should first visit these Golden Triangle cities. According to a foreign website, India's Golden Triangle is the 21st popular tourist destination in the world. There is plenty to see and understand here. Here we are giving you information about the specific tourist destinations of these three cities that you should definitely see during these golden triangle cities.

Jama Masjid - It is one of the largest mosques in the world. 25 thousand people can read namaz together in this mosque. Before entering this mosque, women have to come in and cover the body. There are many magnificent towers in this mosque, however, there are additional fees to go upstairs in these towers.

Humayun's Tomb - this is a fine example of Mughal architecture. Former US President Barack Obama, who has visited India, has come to visit Humayun's Tomb. Viewing this monument made of red sandstone is a unique experience in itself.

Taj Mahal - There is no doubt that Taj Mahal is the most important tourist attraction of Agra. Most tourists can visit Agra only to see the Taj Mahal. Most foreign diplomats who come to India also do not go without the diligence of the Taj Mahal. The whole building is made of white marble stones, which is beautifully carved.

Agra Fort - Agra Fort is included in the UNESCO World Heritage List. You can easily find this fort on the Golden Triangle map. It is the same fort where King Shah Jahan, the builder of the Taj Mahal, was imprisoned. This fort is also located on the banks of river Yamuna, like Taj Mahal.

Fatehpur Sikri - This famous palace of Agra is slightly out of the city, mostly in the palace made of red stones, you will find excellent specimens of Mughal architecture. Here you can also see the Buland Darwaza and Jama Masjid.

Jaipur City Palace- This palace is special in itself because this palace still has descendants of kings of Jaipur. There are also many museums in this palace that exhibit different things. Seeing its architecture, it is known that why Jaipur is called Pink City. The terra quota has been painted above it. There is considerable heat in Rajasthan and in order to deal with this problem, many places have been given to come here due to which the palace is naturally cold.

Amer Fort - Aamer's fort is included in UNESCO World Heritage List. It is a thrill to reach this fort on the hill itself, to increase your adventures; you can also ride an elephant that moves the tourists upstairs.

Our one day Golden sightseeing tours.